Personal WorksClients Projects
I started this series for an exhibition on the theme of the identity of cities and their inhabitants. The exhibition took place in Venice, in December 2014 (website). The final pictures are 70cm square, printed on acrylic glass.

I wanted to represent the influence of cities on their environment as a kind of invisible fluid that overflows from the city to its surrounding. I retrieved city maps which I then used in World Machine as if they were 3D terrain. I've mixed the maps with procedural terrains in order to get the erosion flow I wanted. I then retrieved the "erosion flow map" and I postworked it in Photoshop to give a unique identity to each city.
After the Venice exhibition, I've been requested to make a bigger exhibition, who requested more pieces. So I made seven new pictures for that event and I added them on the original series (and now, on my portfolio), which grows the series up to 14 cities. The exhibition was part of an annual event meant to promote science to public, organized by the French government ("La Fête de la Science"). It took place near Cannes, in October 2015.
Limited edition prints available (10 prints per city) 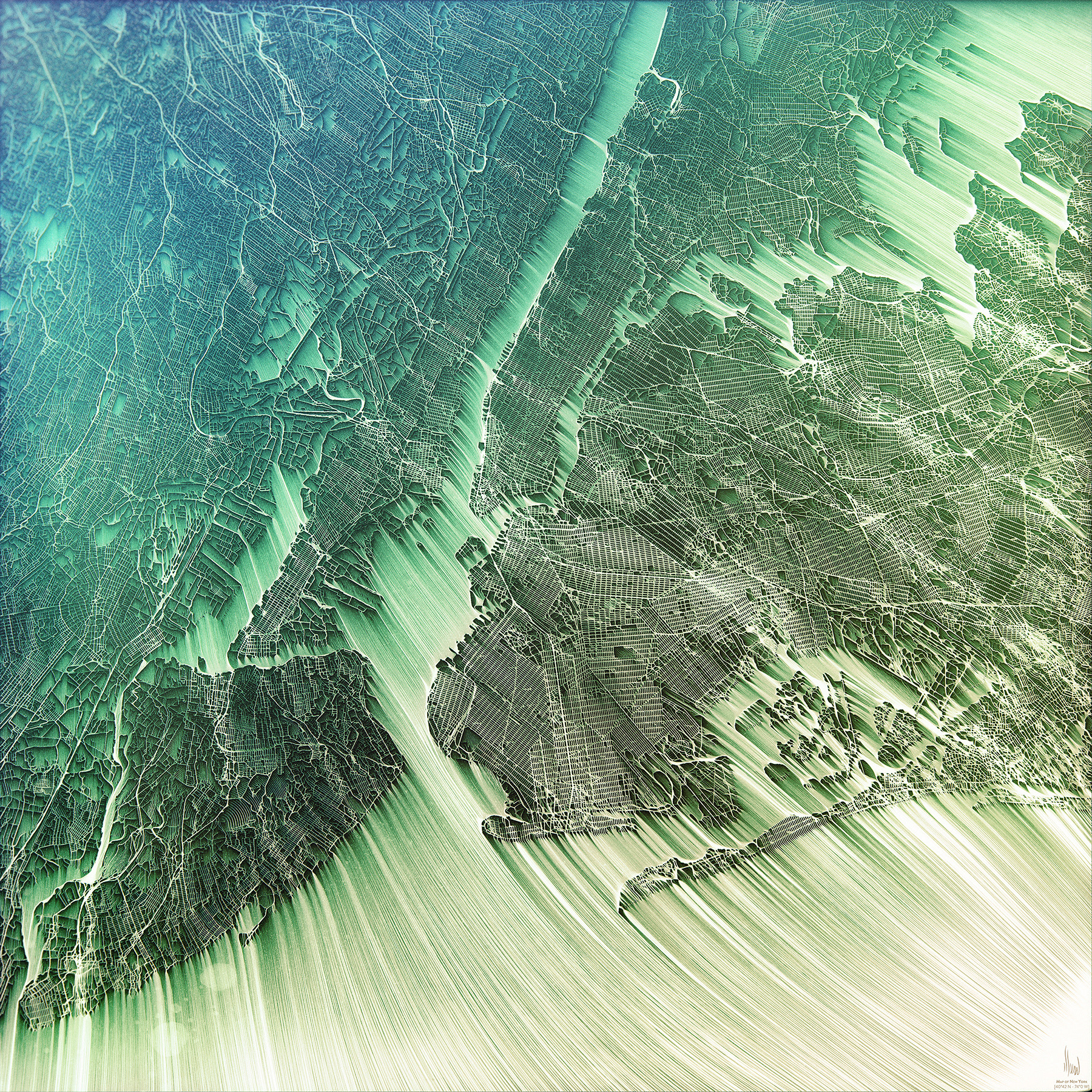 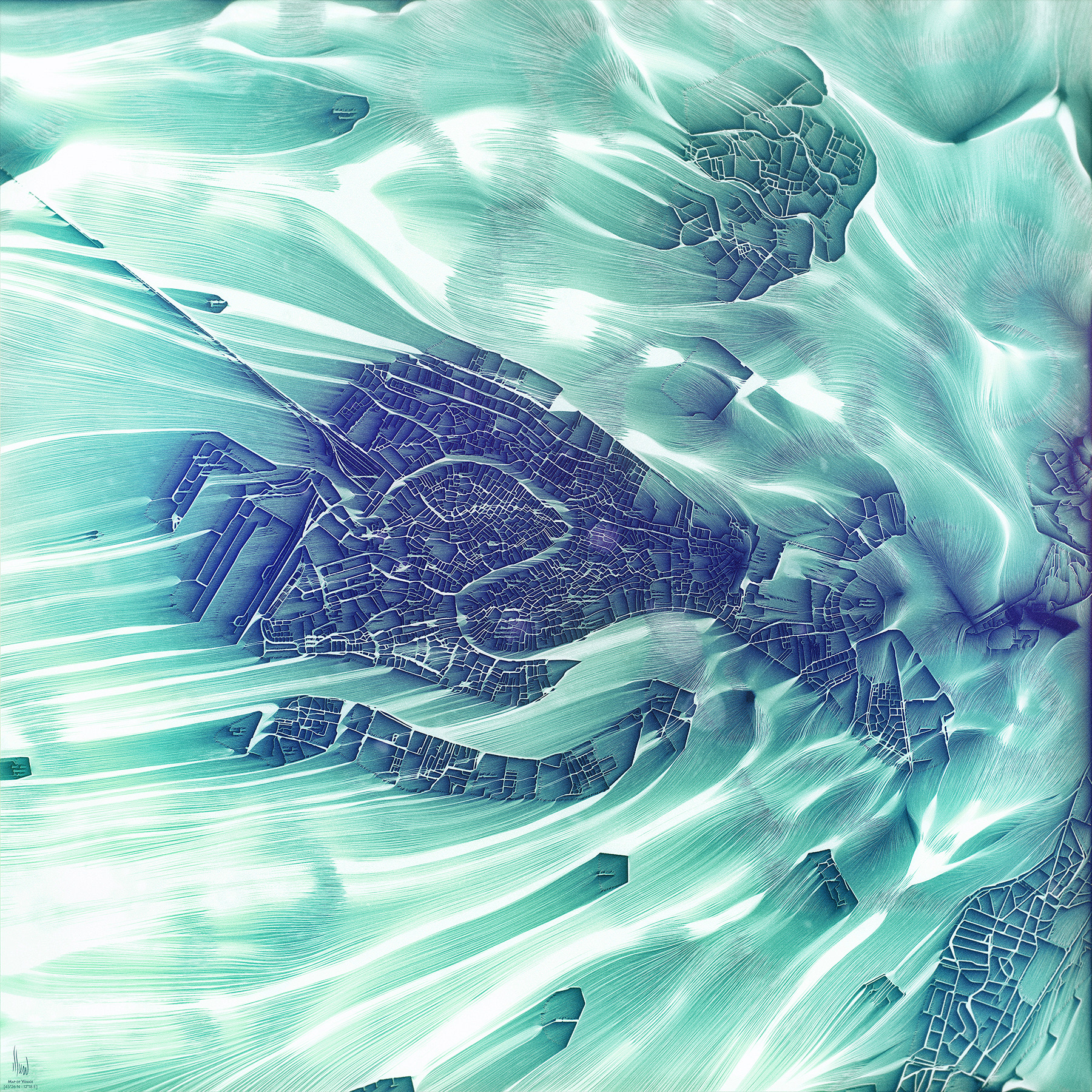 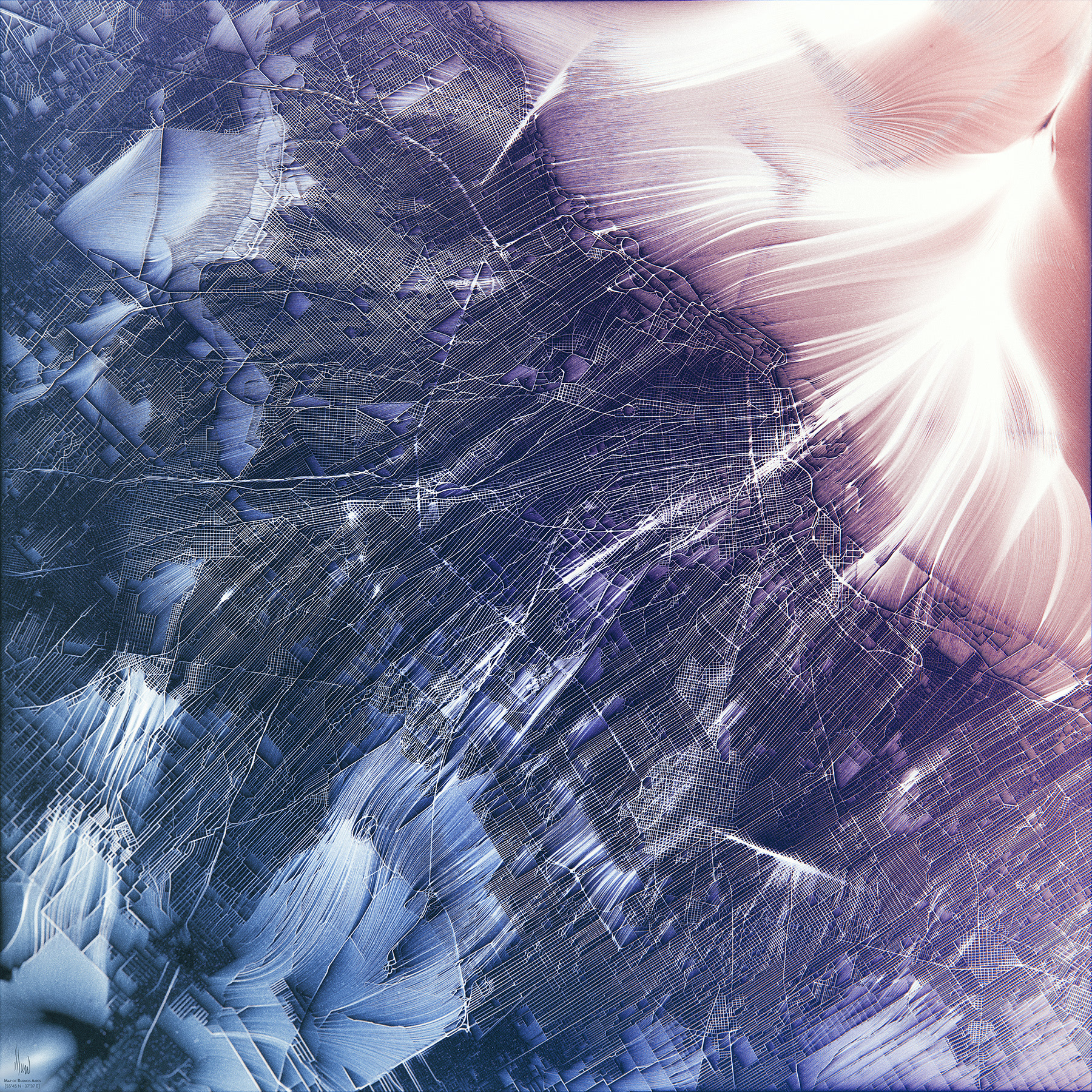 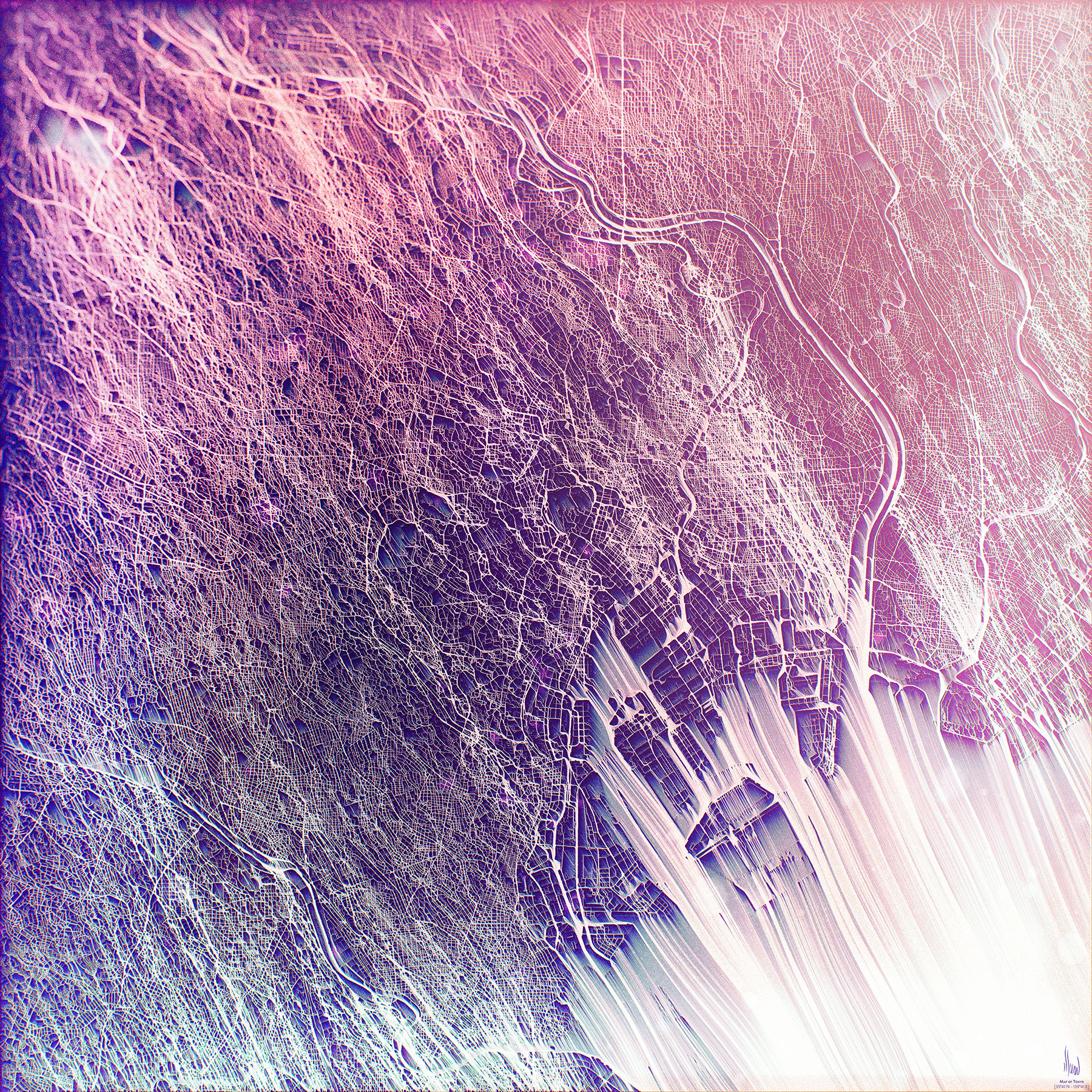 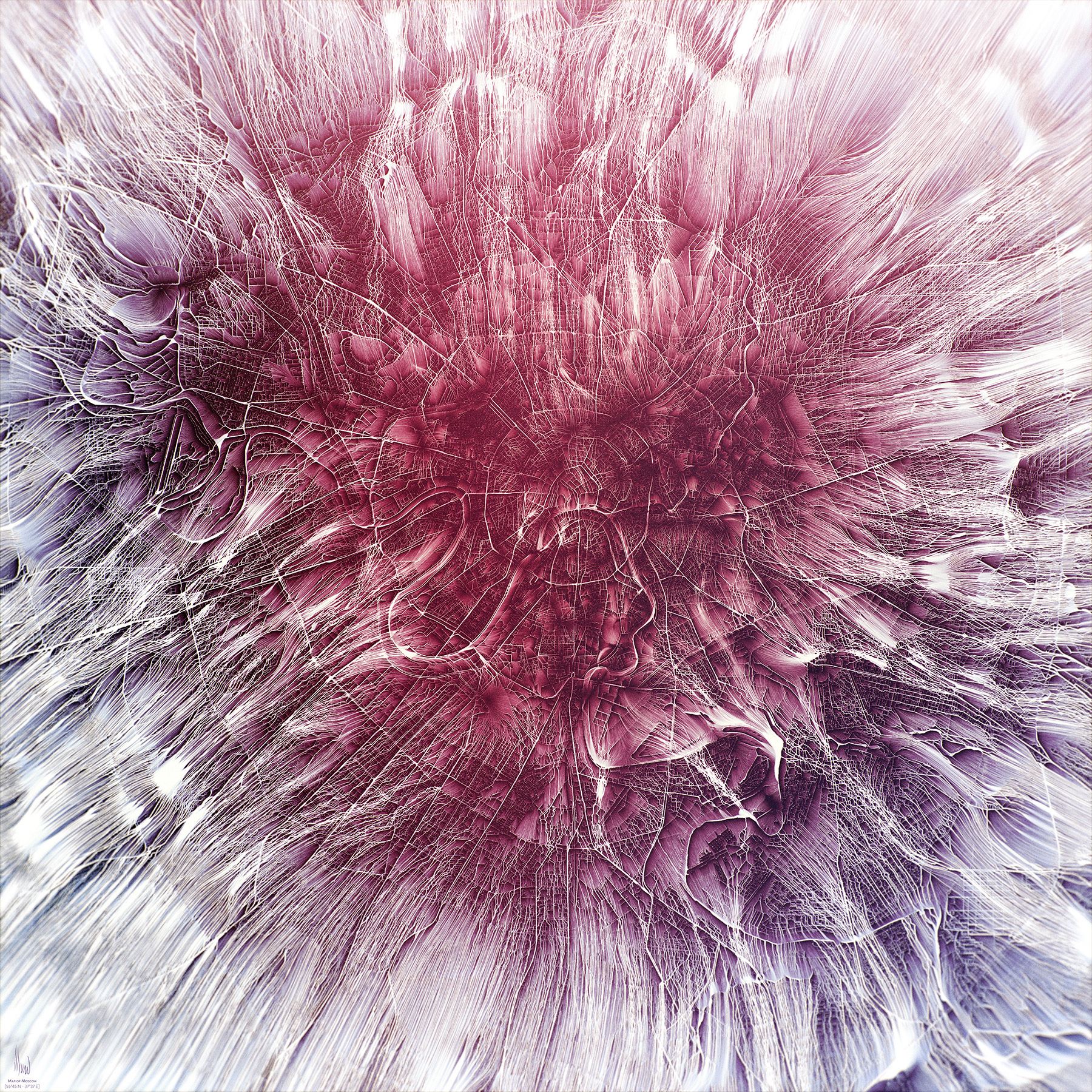 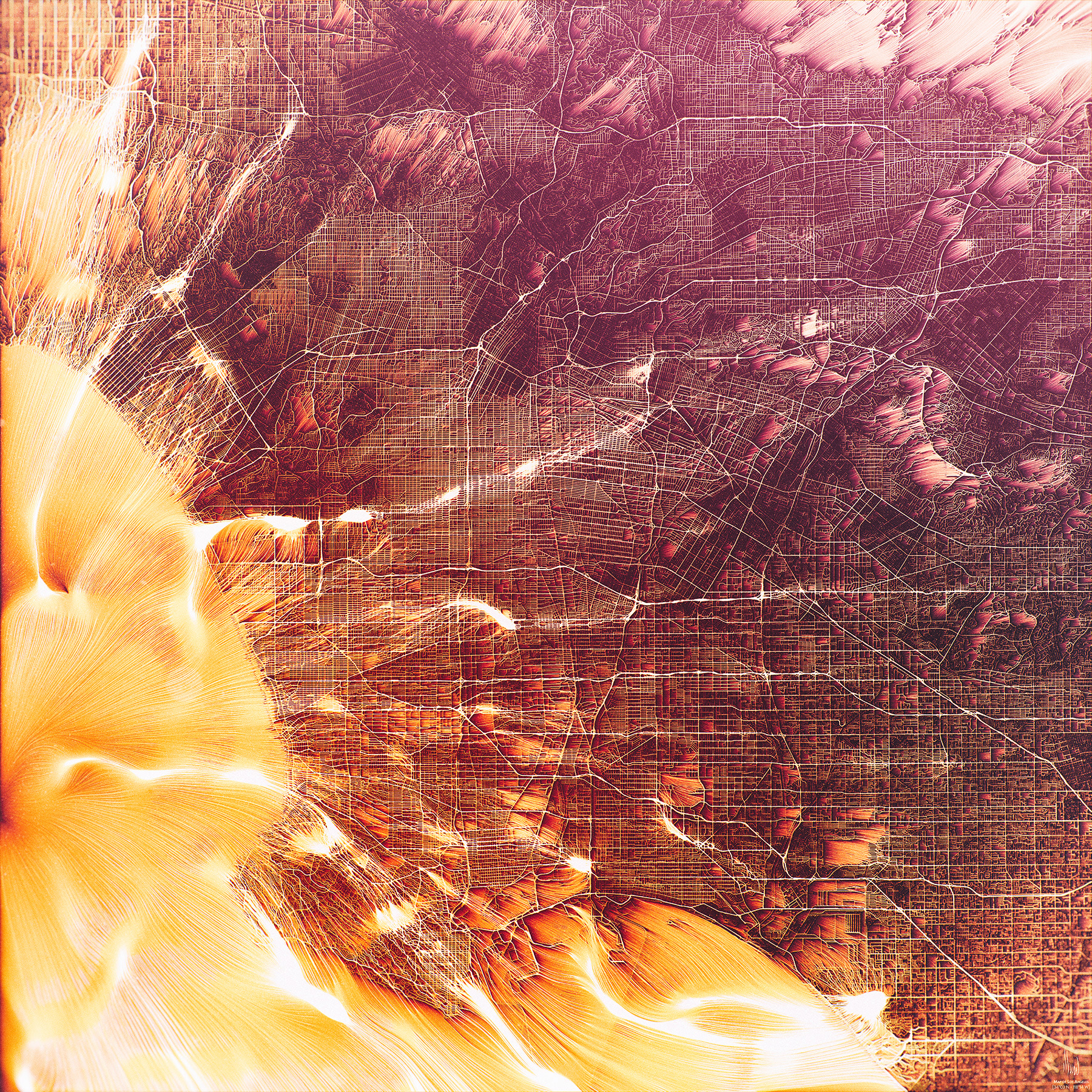 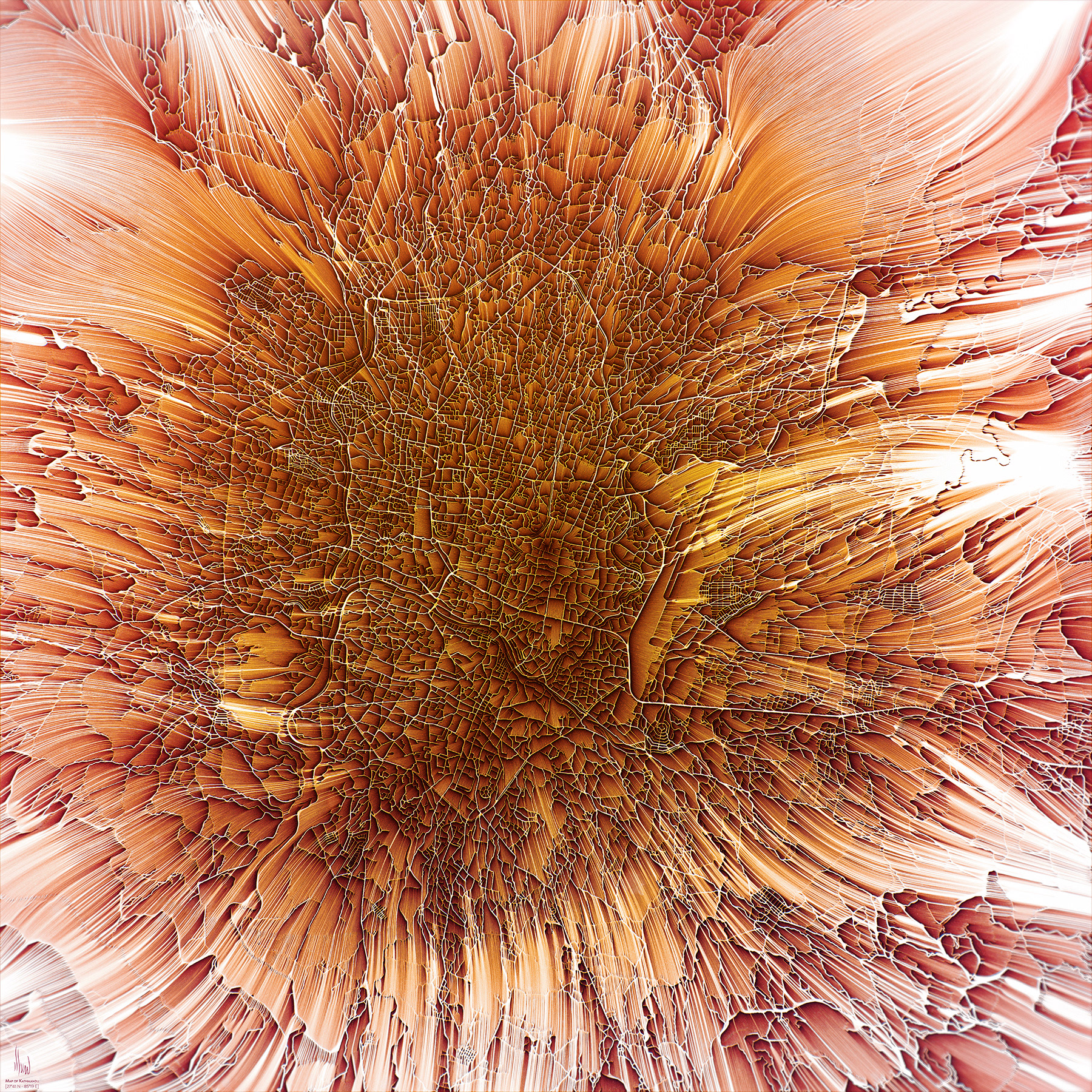 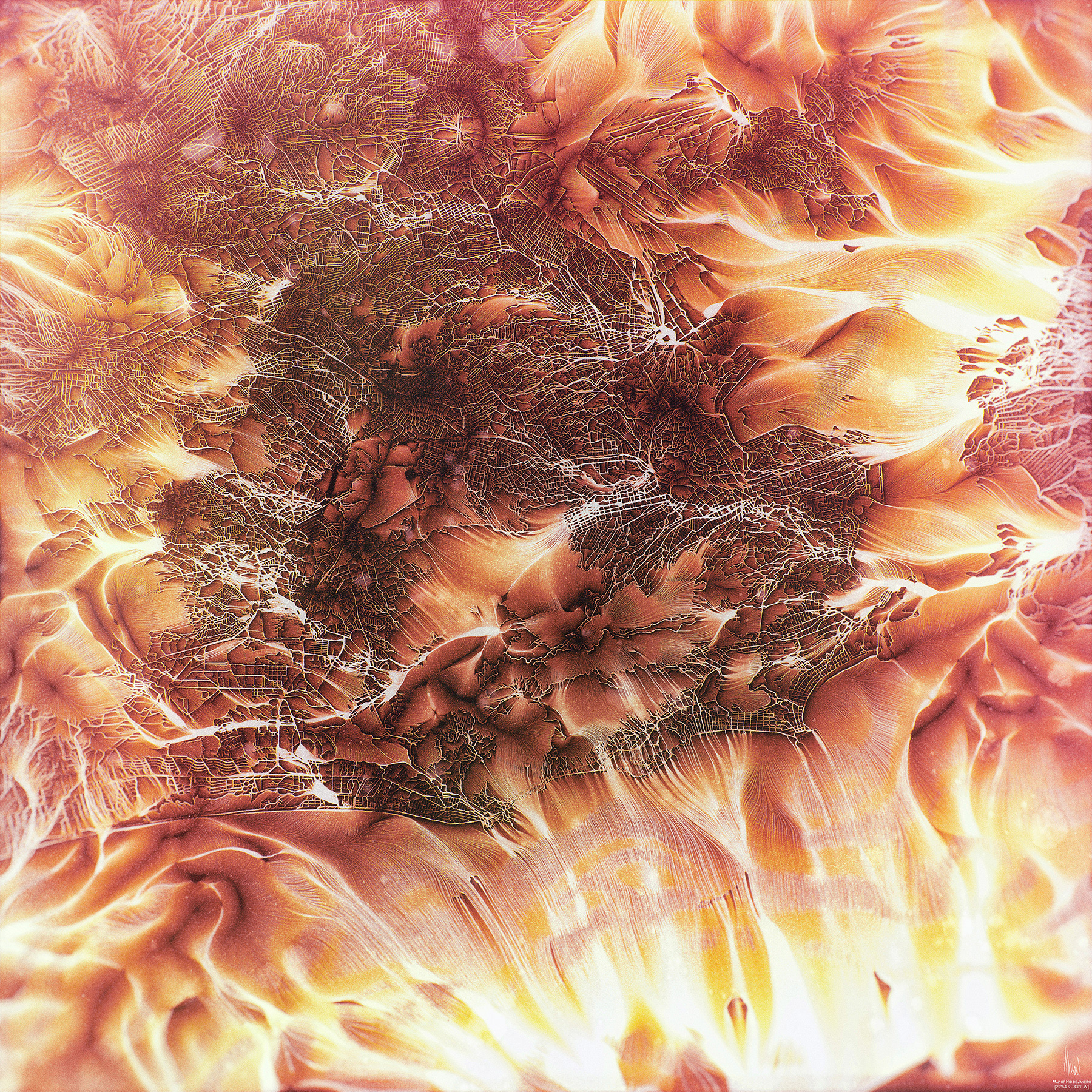 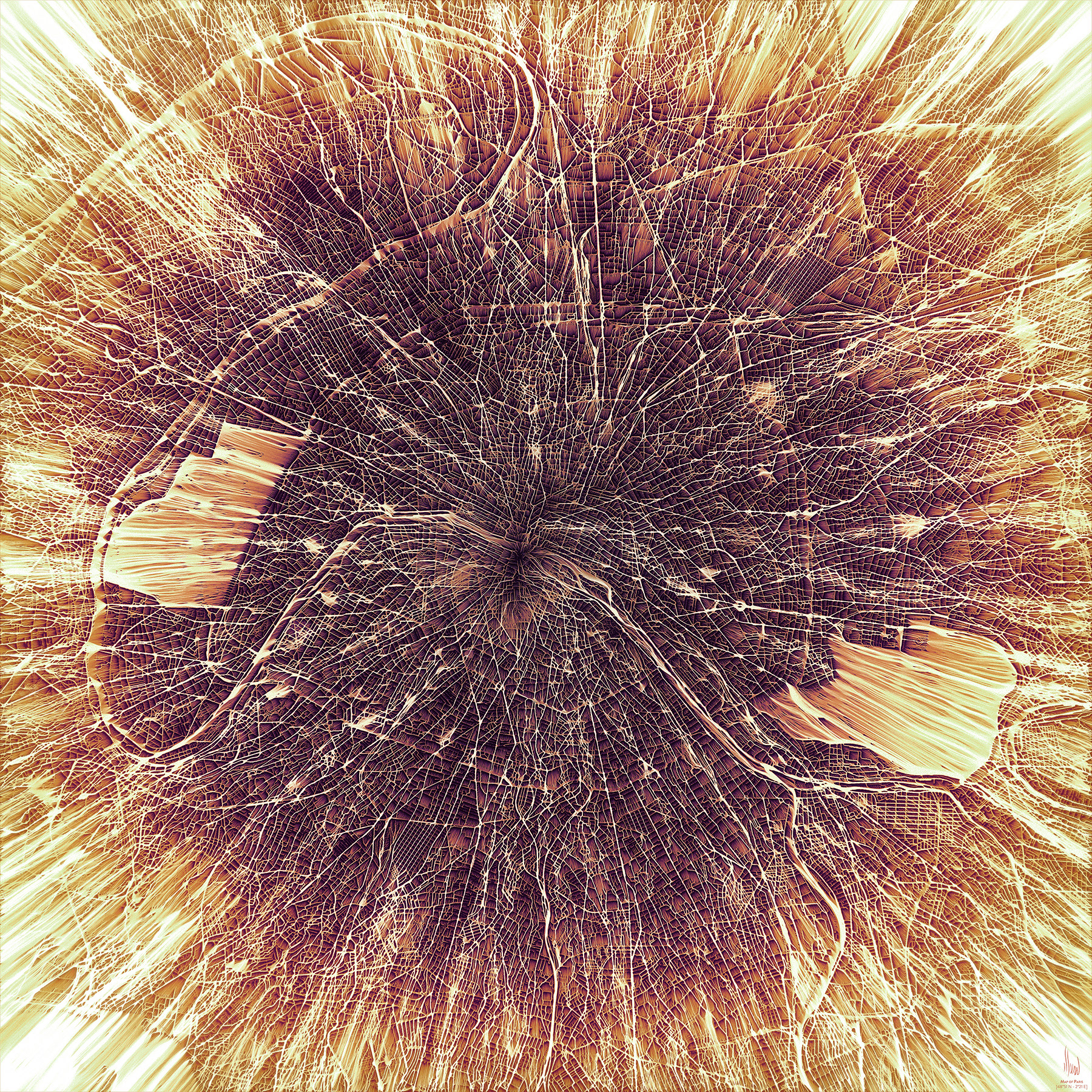 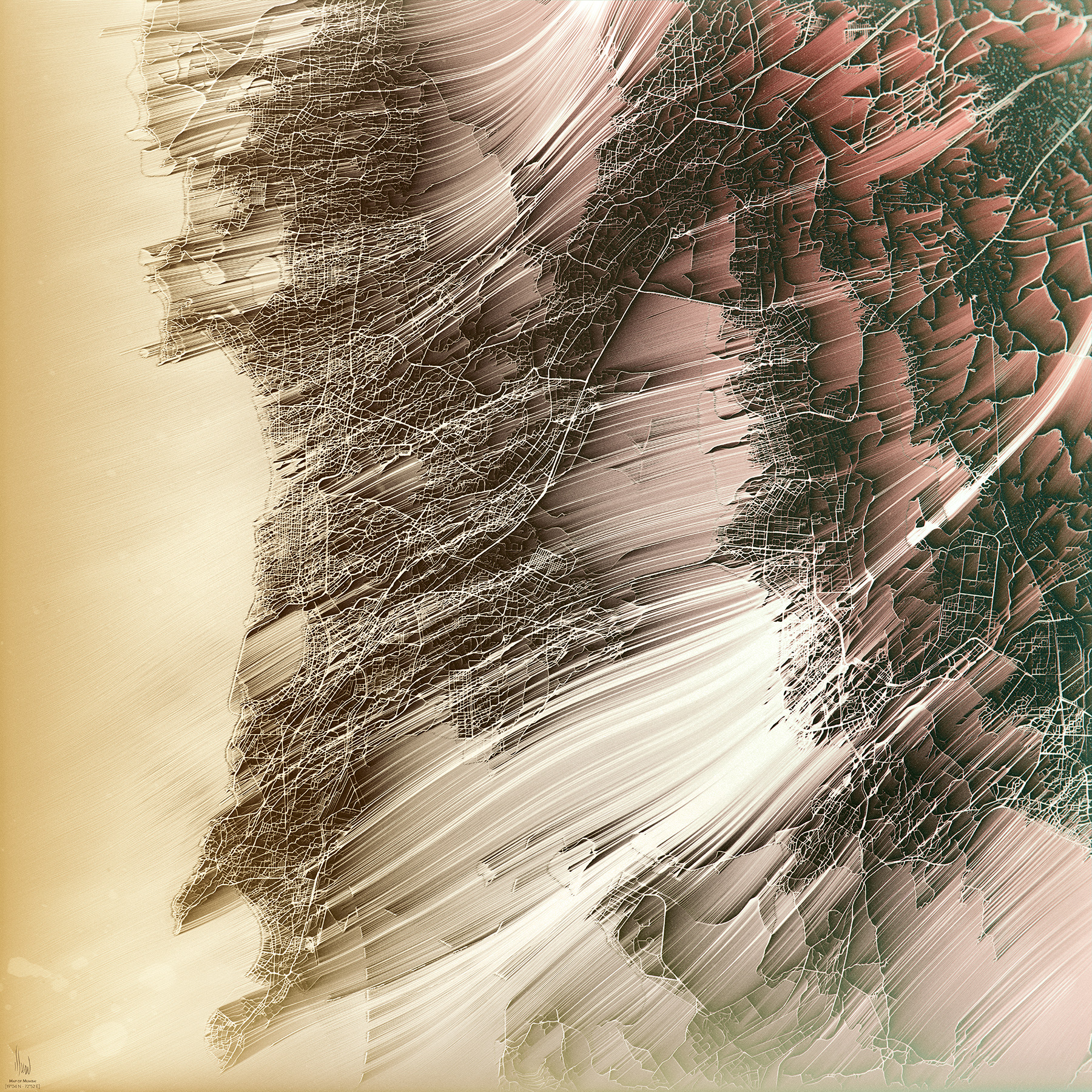 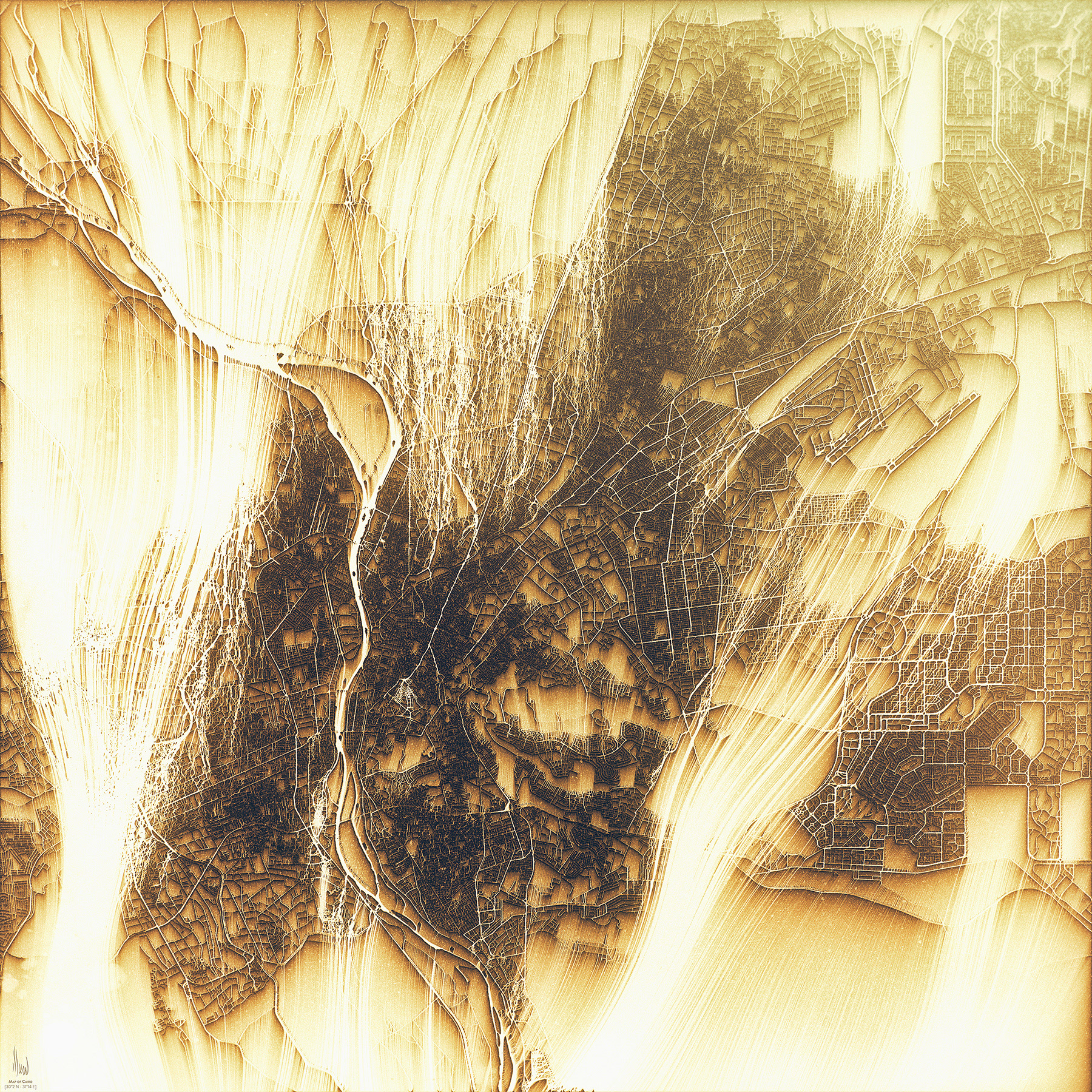 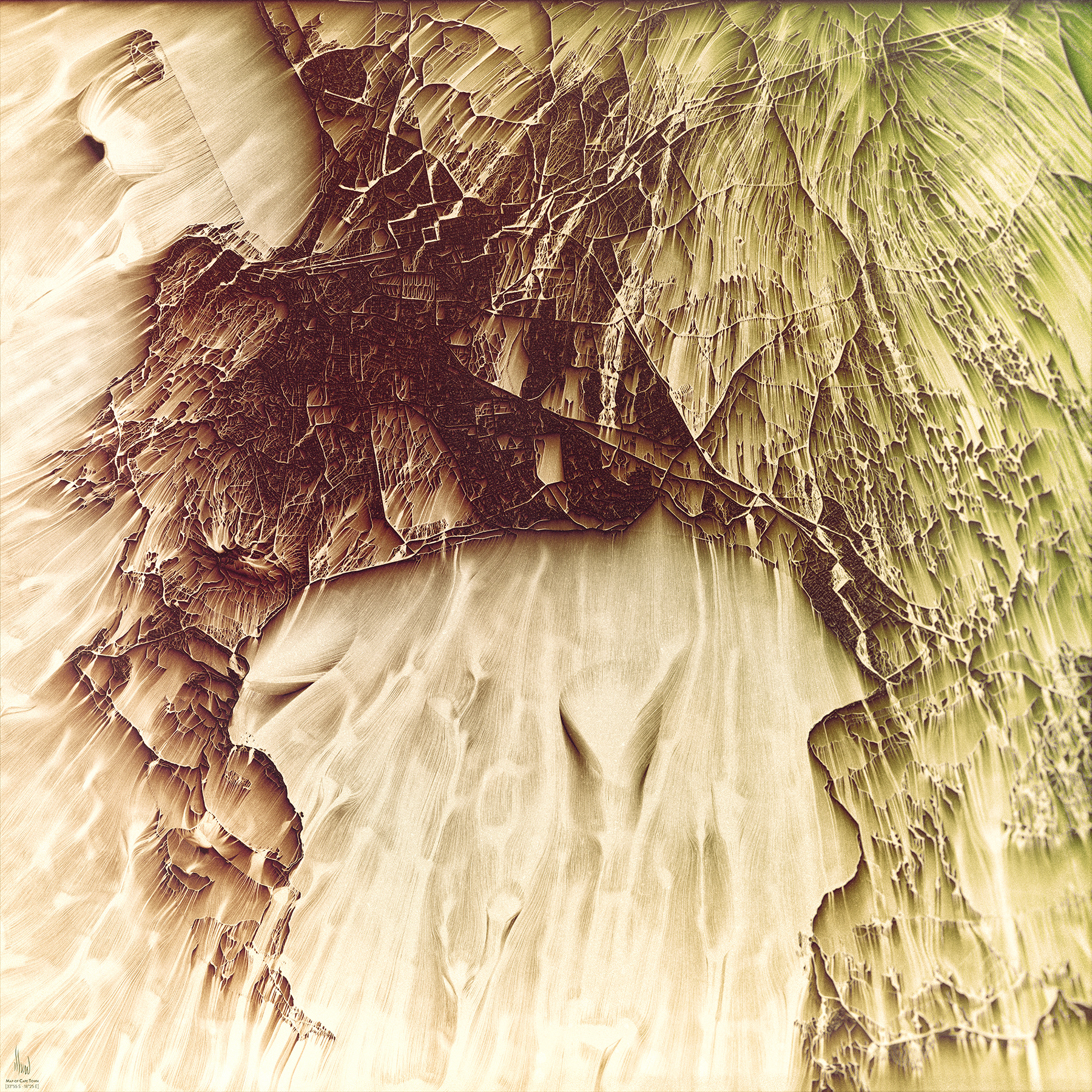 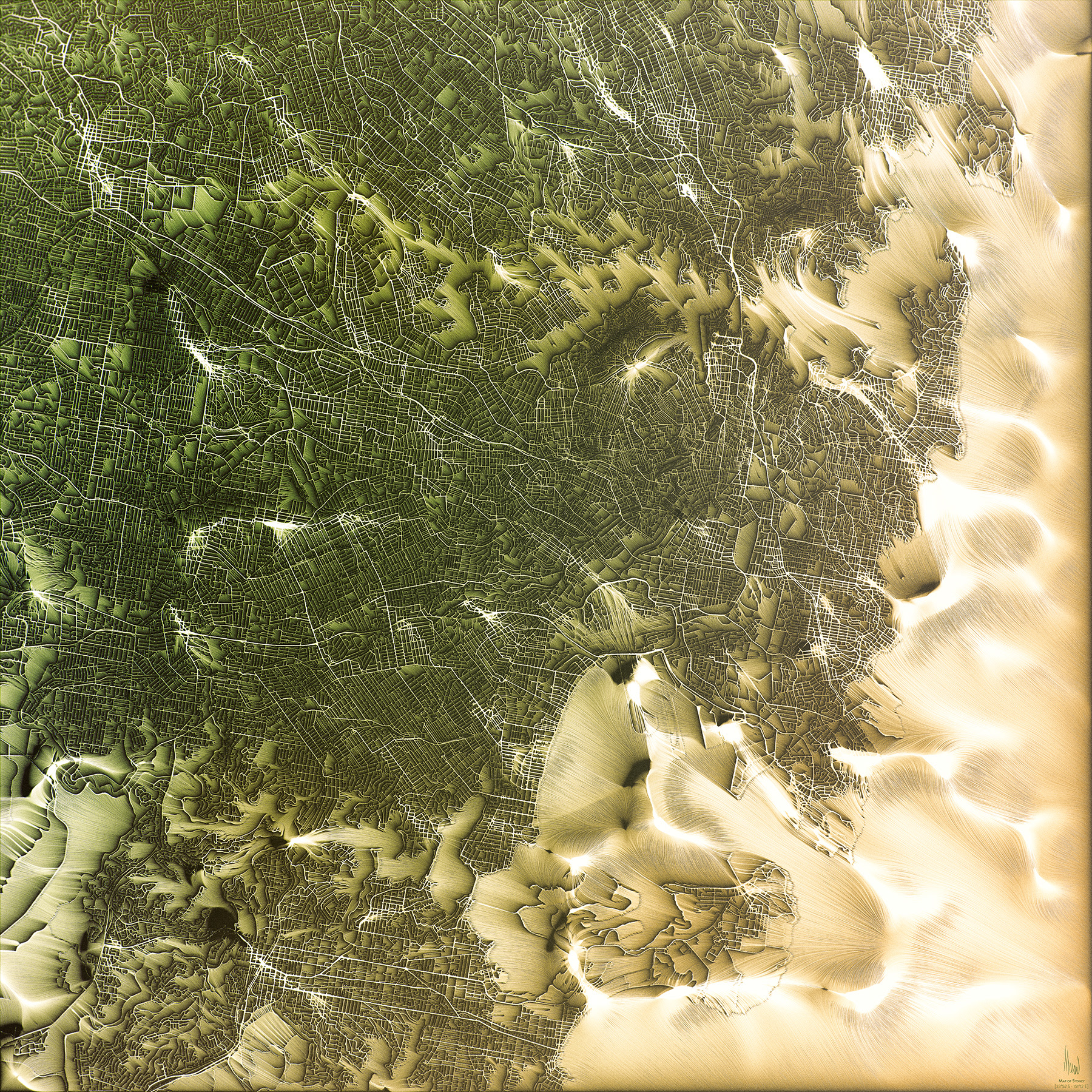 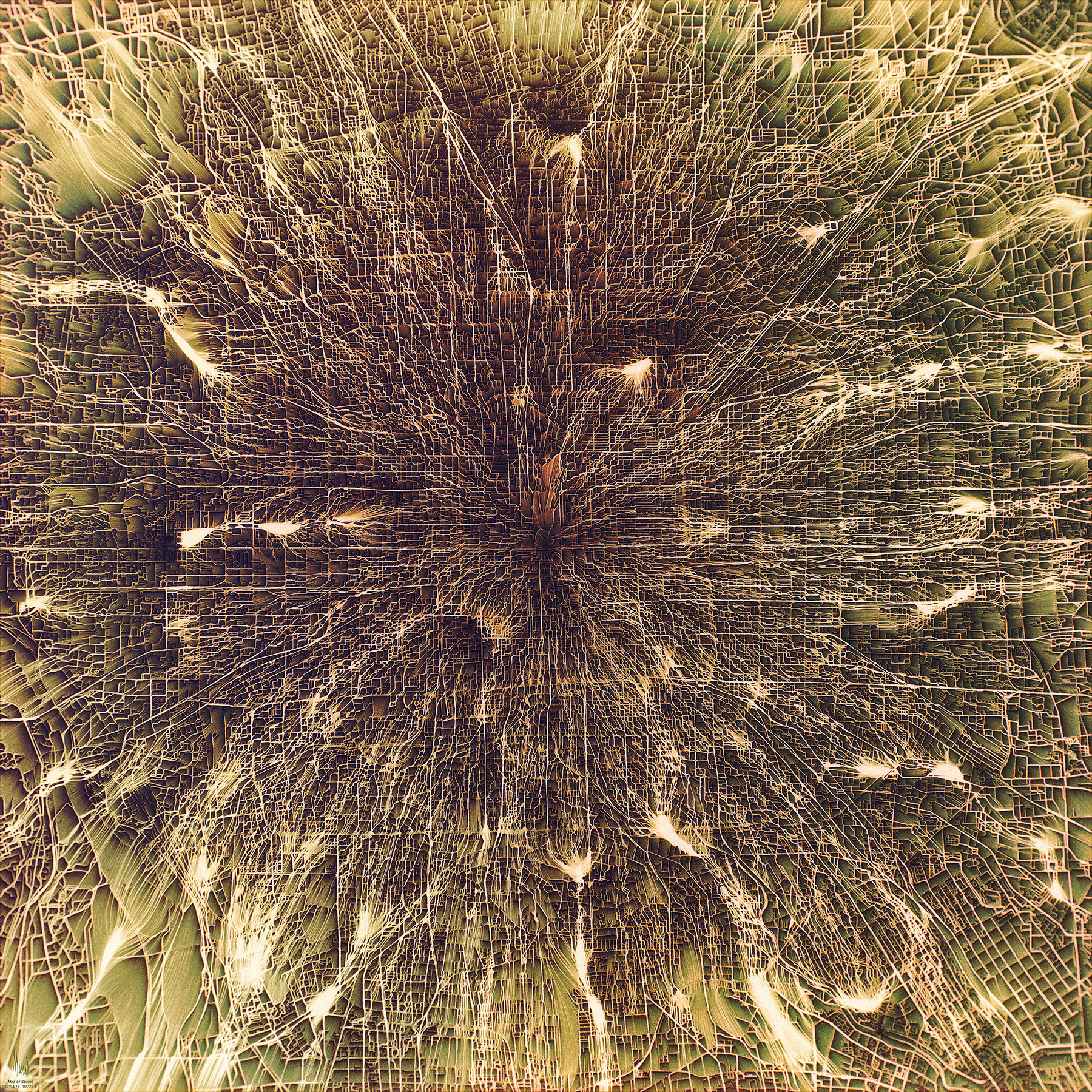