Personal WorksClients Projects
Following a project for a client, which involved an iceberg, I wanted to create a series on this theme. I used Acropora ("a procedural voxel modeler" from Voxelogic) to generate several icebergs starting from the same base and varying some parameters. I did the same for the "bodies of water" and I imported them into Vue for a caustic rendering. I then had to make several renderings for each image in order to obtain the dusty-glowing horizon line break I was looking for. 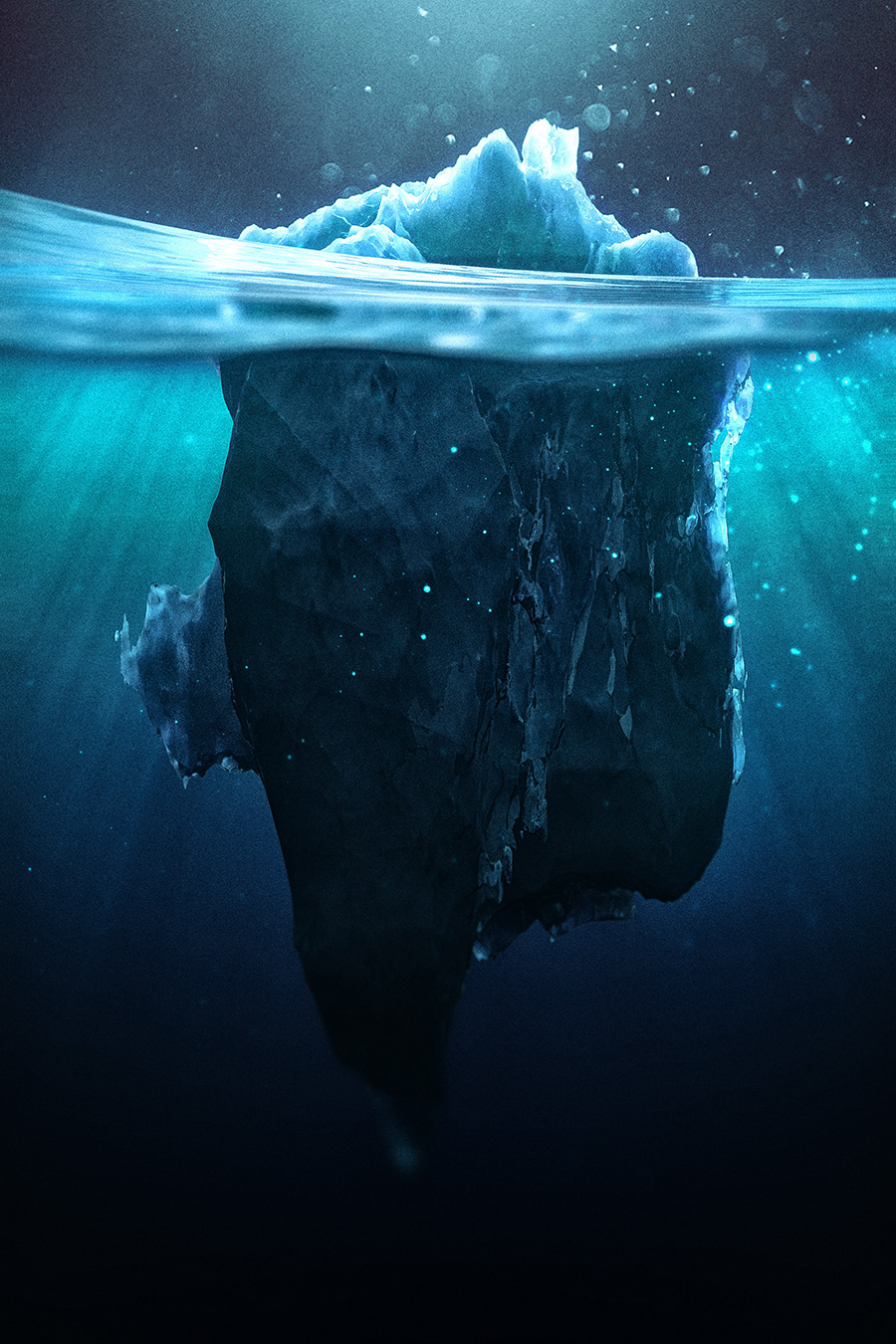 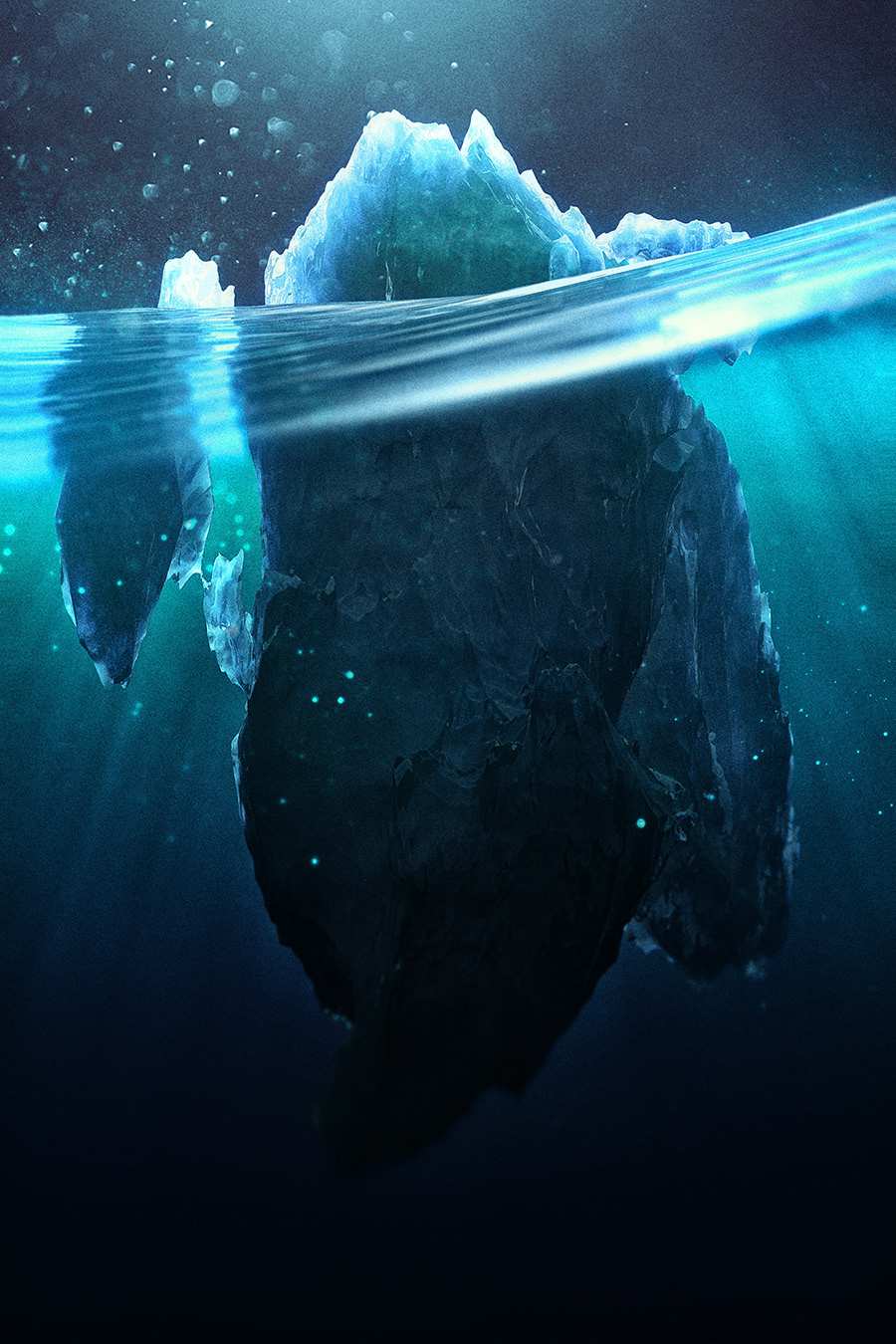 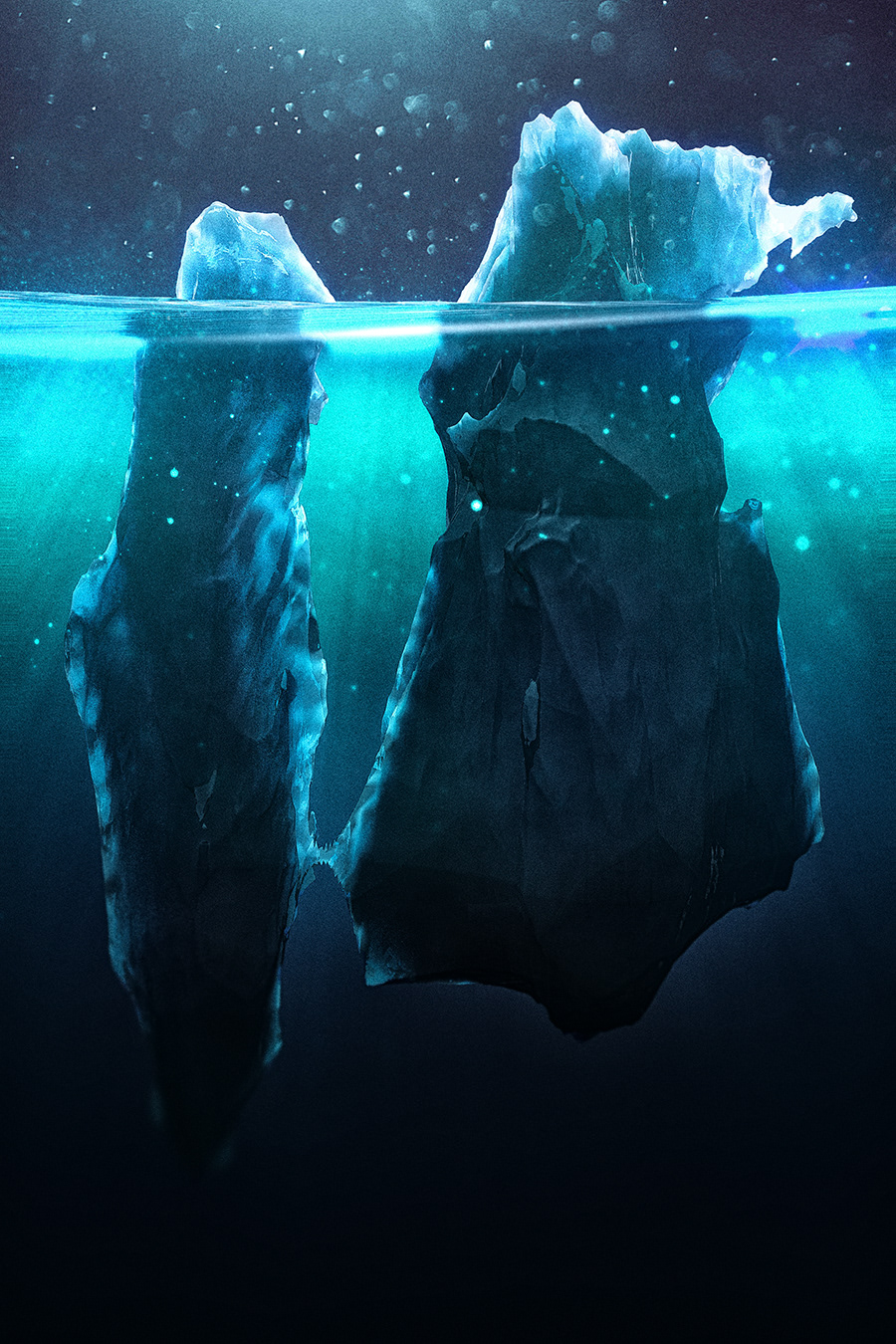 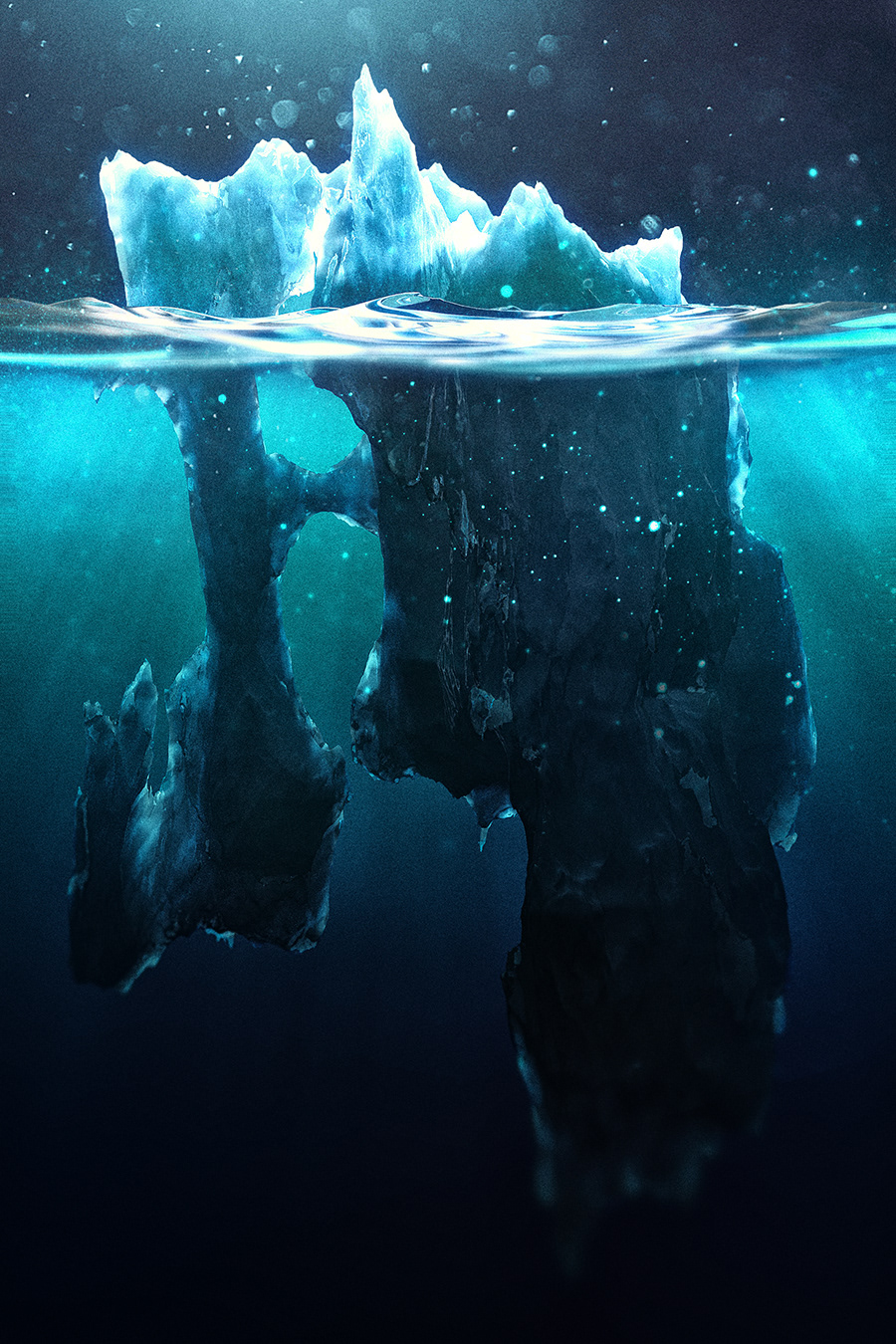 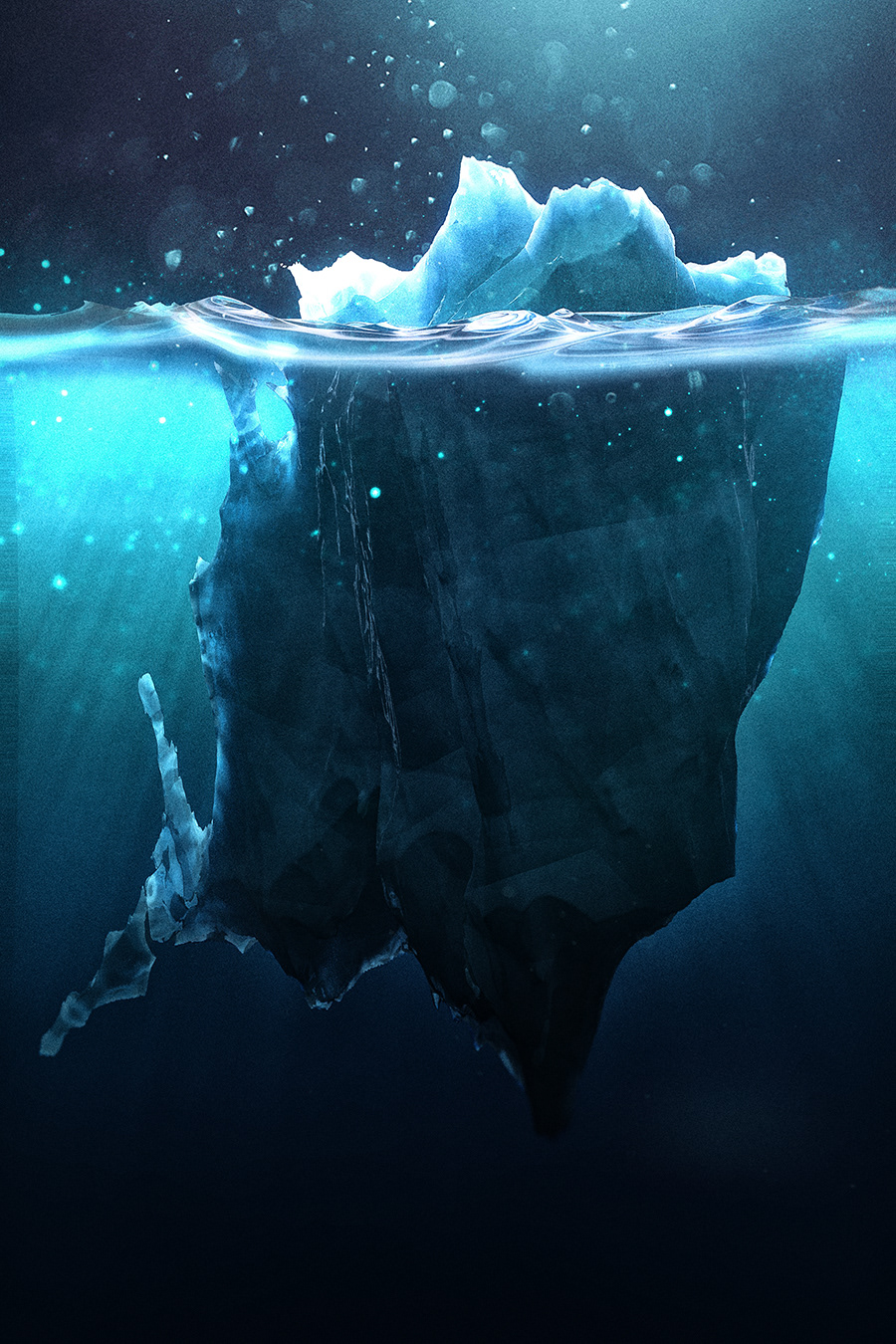 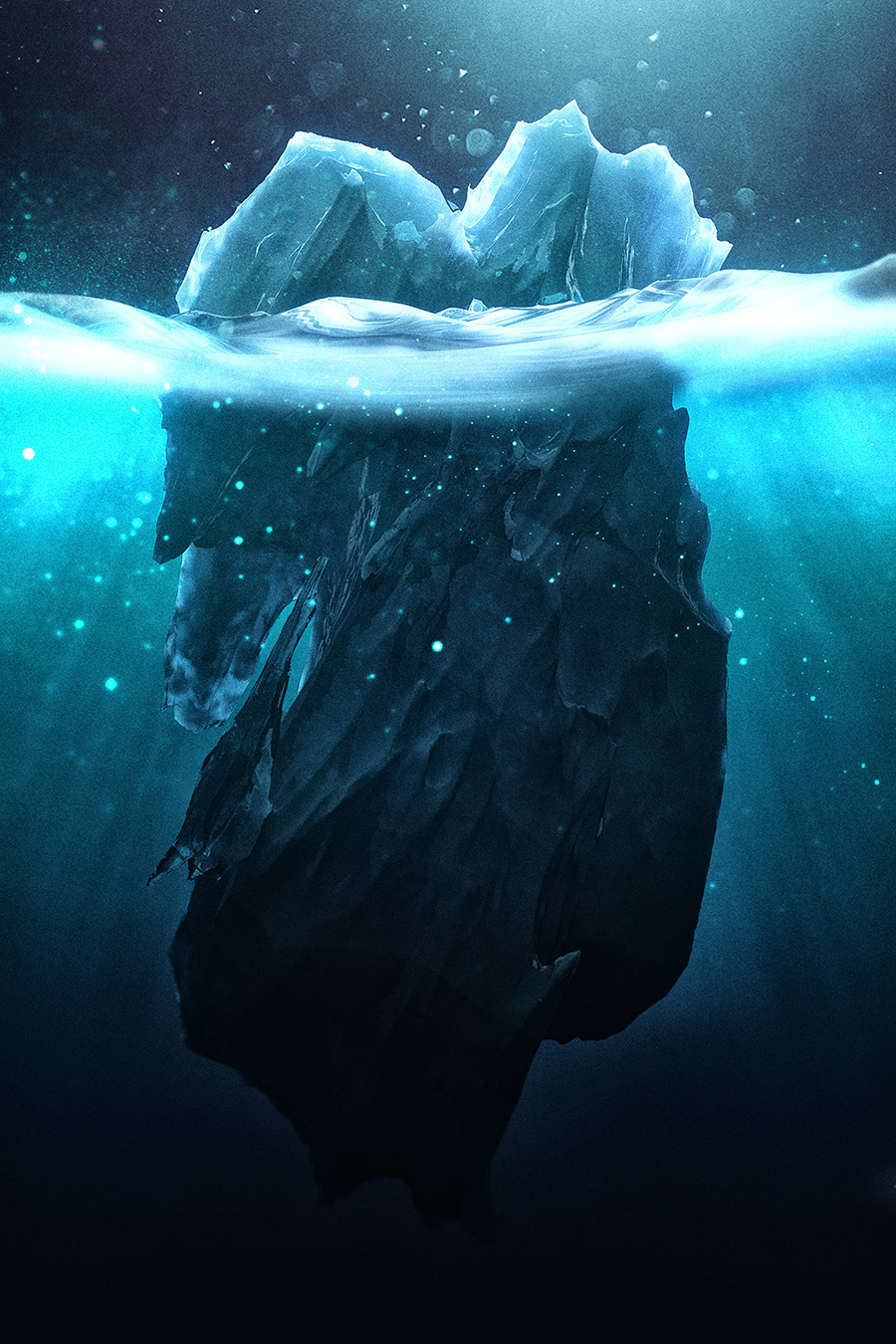